Submit
No Result
View All Result

The Impact Of Natural Disasters On Texas 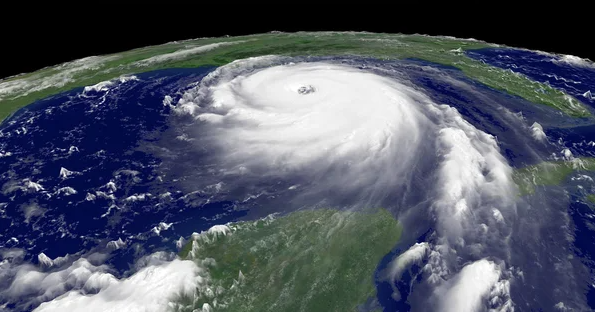 Texas, located in the southern United States, is known for its diverse landscape and wide range of natural hazards. From hurricanes and floods to droughts and wildfires, Texas has experienced its fair share of natural disasters. These disasters not only have a significant impact on the state’s residents, but they also have far-reaching effects on the economy, infrastructure, and environment.

In 2017, Hurricane Harvey made landfall in Texas as a Category 4 storm, causing widespread damage and flooding. The hurricane affected over 13 million people and caused an estimated $125 billion in damages, making it one of the costliest natural disasters in U.S. history. Many communities were left underwater, and hundreds of thousands of homes were damaged or destroyed. The storm also caused significant disruptions to the state’s infrastructure, including power outages, road closures, and damage to buildings and bridges.

Texas is no stranger to drought, and the state has experienced several prolonged dry spells in recent years. Drought can have severe consequences for both the environment and the economy. When drought conditions persist, crops and livestock suffer, and this can lead to food shortages and higher food prices. Drought can also have a negative impact on the state’s energy production, as much of Texas’s electricity is generated through the use of natural gas and coal, both of which are sensitive to changes in weather and water availability.

The Impact Of Climate Change On Texas

The State’s Wildlife And Conservation Efforts

Texas is also prone to wildfires, which can be exacerbated by drought conditions. Wildfires can destroy homes and businesses, disrupt transportation, and pose a threat to human health. In 2011, a series of wildfires swept across Texas, burning over 3 million acres and causing billions of dollars in damages. The fires also released large amounts of carbon dioxide into the atmosphere, contributing to climate change.

Flooding is another common natural disaster in Texas, and it can be caused by a variety of factors, including heavy rainfall, hurricanes, and snowmelt. Flooding can damage homes and infrastructure, and it can also lead to the spread of waterborne diseases. In 2015, heavy rains caused widespread flooding in Texas, leading to the evacuation of over 1,000 homes and causing over $1 billion in damages.

Tornadoes are a common natural hazard in Texas, and the state is home to some of the most tornado-prone areas in the United States. Tornadoes can cause significant damage to homes and infrastructure, and they can also be deadly. In 2013, a series of tornadoes swept across Texas, causing over $1 billion in damages and claiming the lives of six people. Tornadoes can strike with little warning, and it is important for residents to have a plan in place in case of a tornado emergency.

Texas is also known for its hot and humid climate, and heat waves are a common natural hazard in the state. Heatwaves can be dangerous, as they can lead to heat exhaustion and heat stroke, which can be life-threatening. In 2011, a heatwave in Texas caused over 50 deaths and prompted the state to declare a disaster area. Heatwaves can also have an impact on the economy, as they can lead to reduced productivity and increased energy demand.

Q: What are the most common natural disasters in Texas?

A: The most common natural disasters in Texas are hurricanes, drought, wildfires, flooding, tornadoes, heat waves, and severe thunderstorms.

Q: How can I prepare for natural disasters in Texas?

A: To prepare for natural disasters in Texas, it is important to have a plan in place and to take the following steps:

Q: What is the costliest natural disaster in Texas history?

A: The costliest natural disaster in Texas history was Hurricane Harvey, which caused an estimated $125 billion in damages in 2017.

Q: What is the deadliest natural disaster in Texas history?

A: The deadliest natural disaster in Texas history was the Galveston Hurricane of 1900, which claimed the lives of over 6,000 people.

Q: What are the long-term effects of natural disasters in Texas?

A: The long-term effects of natural disasters in Texas can vary, but they can include damage to homes and infrastructure, disruption to the economy, and environmental impacts. Natural disasters can also lead to long-term health problems, such as respiratory issues and mental health issues.

Natural disasters can have a significant impact on Texas and its residents. From hurricanes and droughts to wildfires and flooding, these events can cause widespread damage and disruption, and they can also have long-term effects on the state’s economy, infrastructure, and environment. It is important for residents to be prepared for natural disasters and to follow the guidance of local authorities in the event of an emergency.

The Role Of Technology In The Texas Economy

The State’s Healthcare System And Challenges

The Role Of The Oil And Gas Industry In Texas

No Result
View All Result